Could Aspirin Or Ibuprofen Be Causing Your Chronic Sinus Problems? 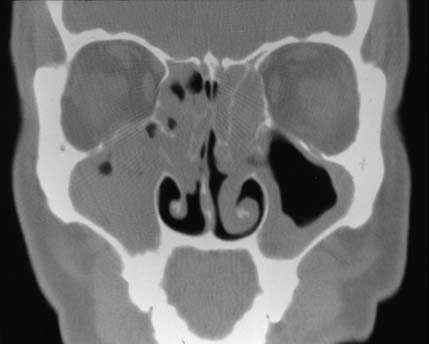 Chronic sinusitis with nasal polyps, asthma and aspirin/nonsteroidal anti-inflammatory drugs (NSAIDs) sensitivity, once known as Samter’s triad, is now more commonly known as aspirin-exacerbated respiratory disease (AERD). The symptoms of AERD typically occur in people in their 30’s and 40’s but occasionally occurs in children.

The causes of aspirin-exacerbated respiratory disease (AERD) are not currently known. We do know that it doesn’t come about from allergies, genetics, aspirin or NSAIDS. However, aspirin and/or NSAIDs can exacerbate AERD.

A patient will typically have a history of developing a severe cold that does not resolve. Over time, the patient will then develop symptoms of asthma followed by an allergy to aspirin/NSAIDs. Patients affected by AERD oftentimes have had numerous sinus surgeries as well as prolonged treatment with oral and inhaled steroids.

We should also note that, on occasion, people with AERD experience the aforementioned symptoms after drinking alcohol, more specifically beer and wine.

How to Diagnose AERD

The diagnosis of AERD is difficult to make; only ENT doctors (BergerHenry ENT doctors) with the expertise and experience in AERD will be successful in recognizing and treating it. One reason is that there isn’t an AERD test per se. There is a blood test that looks for higher-than-normal levels of white blood cells; there’s a urine test to look for higher-than-normal levels of an inflammatory chemical called leukotriene. As mentioned though, a preliminary diagnosis of AERD can be made if you have asthma, nasal polyps and a respiratory reaction to aspirin and/or NSAIDS. There are occasions when it’s unclear if aspirin and NSAIDS cause the respiratory reaction. In this case, an aspirin desensitization challenge is given where the patient ingests a small dose of aspirin followed by close monitoring for an allergic response.

How to Treat AERD

Although there isn’t a cure for AERD (aspirin-exacerbated respiratory disease), there are a combination of treatment options that can help alleviate your symptoms.

In order to properly treat AERD, the patient needs to be evaluated by an otolaryngologist. Our ENT doctors will examine the patient and order the appropriate tests including a CT scan of the sinuses to further evaluate the sinus disease and polyps. The first step in treating the polyps will be sinus surgery followed by an aspirin desensitization program. We work closely with allergists who are trained in aspirin desensitization. Undergoing this multi-step process ensures the most accurate way to prevent polyp regrowth post-operatively and to decrease the risk of asthma flair ups and recurrent sinus infections.