Septoplasty is derived from the term “septo” which denotes septum or nasal septum while “plasty” meaning molding, grafting, or forming. So, in relation to a deviated septum, a septoplasty straightens the bone and cartilage that divides the two nasal passages. 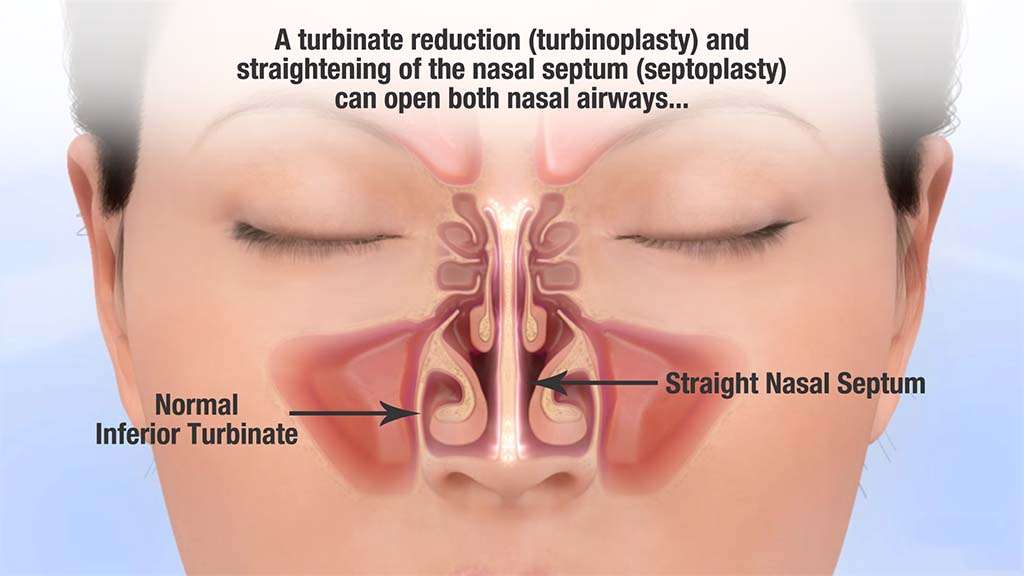 Benefits of a Septoplasty

A deviated septum is quite common. In fact, almost 80% of people have a deviated nasal septum due to genetics, an injury or trauma. A deviated septum becomes severe and worthy of septoplasty surgery when it blocks or interrupts the normal airflow in the nose causing impaired breathing.

Snoring is simply an obstruction to the free flow of air through the back of your mouth and nose. When the tongue and upper throat meet the soft palate and uvula, vibrations occur. If left untreated, snoring disturbs sleep and can cause long-term health problems, including sleep apnea which is an airway blockage causing pauses in breathing. Sleep apnea can be extremely dangerous not only for the pauses in breathing but in that it has been linked to heart disease, heart attack, high blood pressure, and stroke. So, if a septoplasty procedure can reduce or eliminate snoring and sleep apnea, you can well imagine its short-term (better sleep) and long-term effects (lower risk of disease) on your well-being.

The opening of the nasal airways allows for the proper drainage of mucus which reduces the risk of an infection and chronic sinusitis.

Improved sense of smell and taste

All About Septoplasty Surgery

During the septoplasty surgery to correct your deviated nasal septum, our ENT surgeons create a small incision in your nasal septum from the inside of the nose and proceed to reshape or partially remove enough bone or cartilage until the nasal passage is large enough to allow for normal, comfortable breathing patterns.

Septoplasty is an outpatient procedure, and our technique is unique, minimally-invasive and requires NO NASAL PACKING. There is no expected swelling or bruising of the nose or face and in most cases, patients can return to work the next day after nasal septum surgery.

The inferior, or lower, turbinate, is the most important! Inferior turbinates can become inflamed due to allergies, infections, weather changes, medications, and, of course, a deviated septum. When they continually become inflamed, it is considered a chronic condition and is referred to as turbinate hypertrophy. When the nasal septum deviates to one side, the inferior turbinate that becomes inflamed is commonly and almost assuredly on the opposite side. A turbinate reduction (turbinoplasty) and straightening of the nasal septum (septoplasty) can open both nasal airways allowing you to breathe freely again while also relieving susceptibility to chronic sinus infections, chronic postnasal drip, headaches, snoring and sleep apnea. 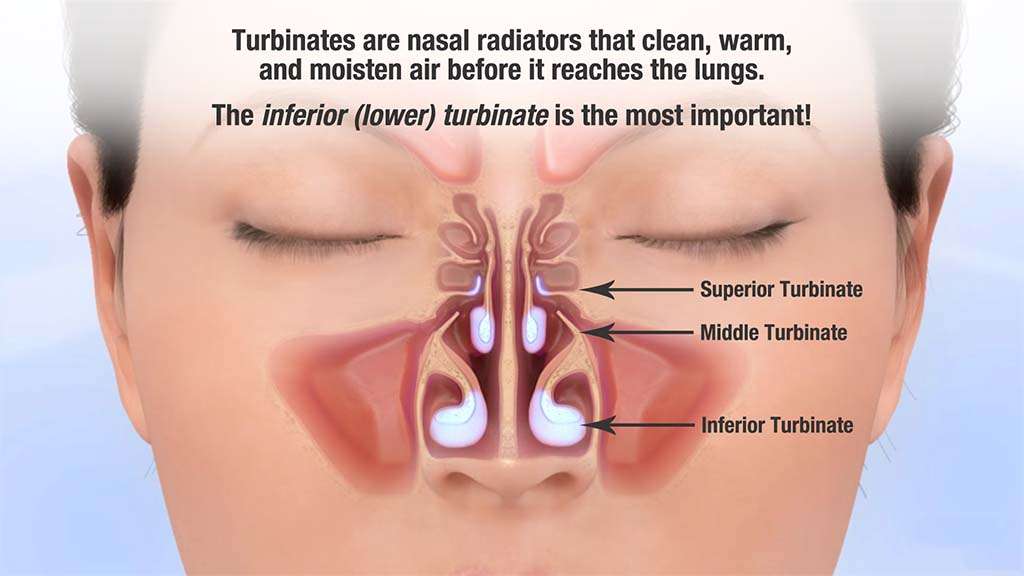 At times, we are asked to perform a rhinoplasty (nose job) in conjunction with the septoplasty procedure to improve the appearance of a patient’s nose. This procedure is referred to as a septorhinoplasty. 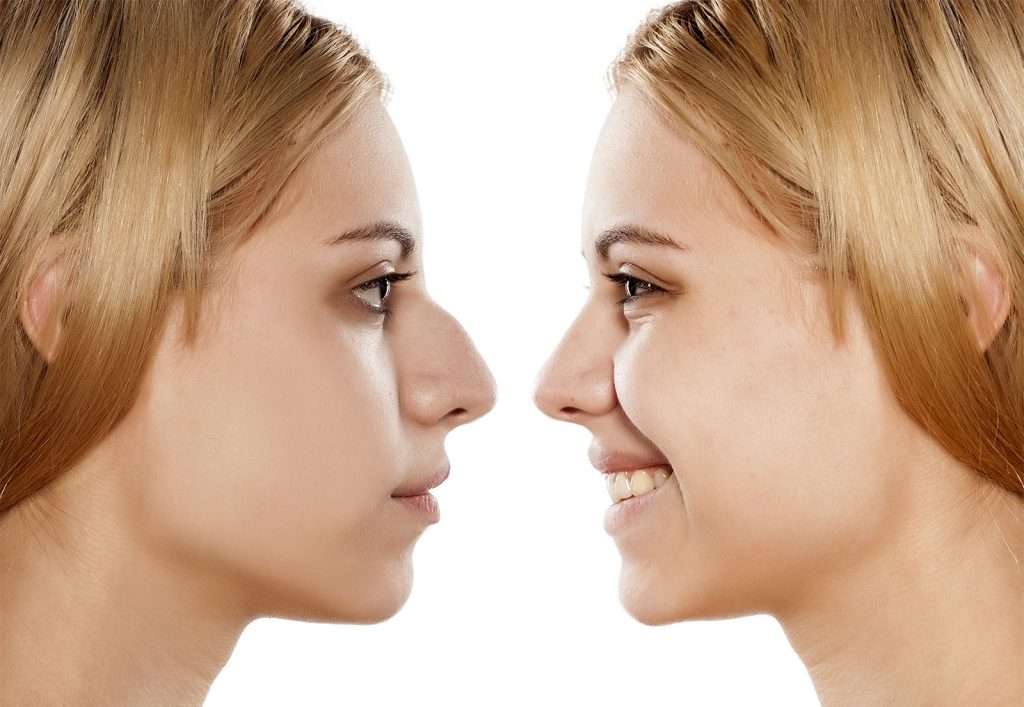