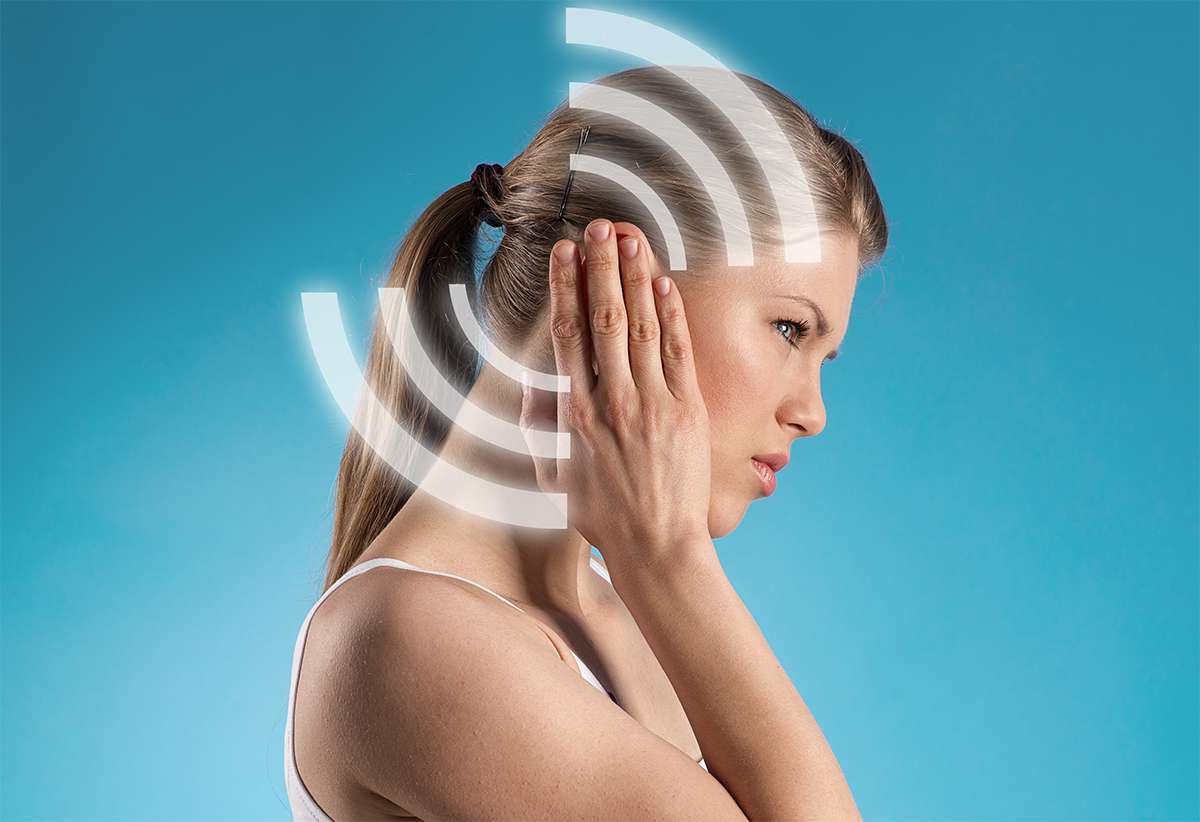 Tinnitus (TIN-eh-tus or tin-EYE-tus) is the word that our ENT doctors use to describe sounds that seem to originate in the ear or head. Although commonly referred to as “ringing in the ear,” many people experience sounds that are not at all like ringing; reported sounds can include high-pitched whistles or whines, buzzing, electricity, crickets, roaring or running water, sizzling, thumping, and static, amongst others. If one ear is affected, the sound will usually be heard on one side, but often, when both ears are affected, patients describe sounds as “coming from the middle of my head.” Tinnitus can be intermittent or constant and is often associated with hearing loss.

Your Tinnitus doctor, more commonly your ENT doctor, will most likely be able to diagnose tinnitus based on the symptoms you report such as ringing in the ears, buzzing, and many of the aforementioned symptoms. Before considering treatment for tinnitus however, your doctor will work to identify underlying conditions that could be contributing to your symptoms. Your ears, head, and neck will be examined, your medical history will be considered, and specific tests may be administered such as a hearing test, blood test, CT/MRI scans, or a movement test of your eyes, jaw (for signs of TMJ typically), neck, arms, and even your legs.

Tinnitus is a perception of sound that is created by the sound-perceiving neurons in the brain. The normal job of these neurons is to inform your brain that a certain sound has been detected by the hearing organ in your ear, the cochlea (COKE-lee-uh). Tinnitus is caused when these neurons fire on their own, sending signals to the brain without receiving any input from the cochlea. Usually this happens when there is some kind of relative hearing loss in the ear, and the sound-perceiving neurons are less active than they used to be. This hearing loss can be temporary or permanent, can be so mild as to not be perceived by the patient, and can even be stimulated when the hearing in the affected ear is technically normal, but one ear hears less well than the other. We joke with patients that these neurons are like bored toddlers, getting into trouble and calling attention to themselves when they don’t have enough to do! A certain amount of tinnitus seems to be normal; even healthy ears can occasionally stimulate brief and mild episodes of tinnitus, such as after noise exposure or in a very quiet environment. In fact, up to 60 percent of people with normal hearing will perceive some kind of sound when left in a sound-proof room for several hours. However, if tinnitus is frequent or continuous, is unilateral (heard only in one ear), or is pulsatile (sounds like the constant beating of your heart), you should have your ears checked out by your ENT doctor beginning with an ear examination and complete hearing test.

How Can Tinnitus Be Treated?

Many people think that a treatment for tinnitus does not exist. This is not true! The foundation of tinnitus treatment could be to correct an underlying health condition. By treating the cause, your ENT doctor may be able to reduce the symptoms.

Earwax removal
Tinnitus may be caused by wax obstructing the ear canal or by fluid behind the ear drum. Both of these problems can be corrected by your ENT doctor (otolaryngologist), and this can result in improvement of the symptom.

Age-related hearing loss
The most common cause for tinnitus is age-related hearing loss, which begins as a decreased ability to hear high-pitched sounds. Patients with this condition will often perceive a high-pitched sound (because the neurons responsible for the high pitched information are firing abnormally). Many patients fear that a hearing aid would make their ear noises worsen but the opposite is true: hearing aids that boost the high-frequency sounds will actually reduce the incidence of tinnitus in patients with age-related hearing loss by providing the misbehaving neurons with the stimulation that they have been missing.

Low-level background noise
There are other tinnitus treatments as well that are very important. Most tinnitus sufferers know that the noises are worse when it’s quiet around them and worse when they are paying attention to them or “listening” for them. Many people find that some low-level background noise, such as music or white noise, suppresses the tinnitus. This can be helpful when tinnitus interferes with the ability to fall asleep. Also, patients are encouraged NOT to “listen” to the tinnitus and, if possible, to distract their attention elsewhere. Listening to the misbehaving neurons just encourages them.

Lifestyle changes
Tinnitus is made much worse by states of emotional upset, stress, anxiety, and depression. Especially in younger patients, it is also associated with TMJ (temporomandibular joint) problems which can also be exacerbated by stress. These underlying factors must also be addressed for proper management of tinnitus. This may be accomplished through lifestyle changes such as increased exercise, stress reduction, psychotherapy or meditation and/or medications for anxiety or depression. Also, if TMJ problems exist, a bite-plate from your dentist may help enormously.

Tinnitus retraining therapy (TRT)
TRT combines noise suppression, in this case a masking device, with counseling. The initial goal of TRT is to lessen how often you notice tinnitus which, hopefully, lessens your stress levels caused by the symptoms.

If you or someone you love suffers from tinnitus, we encourage you to seek an understanding of why it is there and to pursue options for treatment. Your ENT doctors at BergerHenry ENT are ready to help you with a thorough ear exam and hearing test.