Cellphones Are Causing More Neck and Head Injuries Than Ever Before 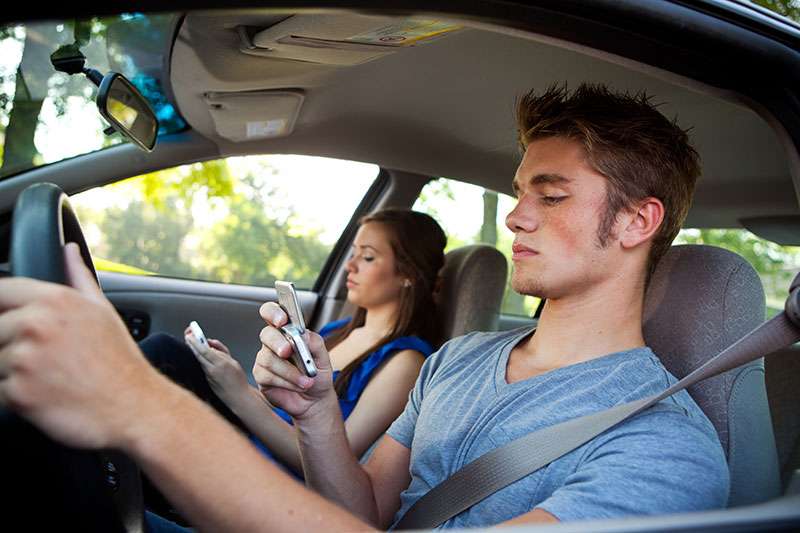 Have you ever had to side-step someone walking towards you with their eyes glued to their cell phone? And how many times have you had to side-step a streetlamp while your eyes were glued to your device? You’re not alone.

An interesting study out of the Department of Otolaryngology-Head & Neck Surgery at Rutgers New Jersey Medical School reported a retrospective analysis of the nature of cell phone-related head and neck injuries in the US over a period of 20 years, between January, 1998 to December, 2017.

The study found a steep increase in the number of head and neck injuries due to cell phones over the 20-year period. With the data collected from hospital emergency department presentations, researchers were able to extrapolate an estimated total of 76,043 national cases.

Most Common Types of Injuries from Negligent Cell Phone Use
The most common types of injuries were found to be lacerations (cuts), contusions (bruises), and abrasions (grazes), of which about 33% occurred to the general head area, another 33% were to the face (eyes, eyelids, and nose), and about 13% were to the neck. Most concerning, though, were injuries to internal organs – mainly traumatic brain injuries – which accounted for over 18% of total injuries caused by negligent cell phone use. Over 50% of internal organ injuries were related to driving while using a cell phone and 33% from walking while on a smartphone (watch out, streetlamp!).

Teens and Young Adults Suffered the Highest Percentage of Injuries
Not surprisingly, 38% of cases in the study involved teens and young adults aged 13 to 29 years, with a slight skew towards females (55%). Children under the age of 13 involved in a cell phone-related accident were more likely to be a victim of a direct mechanical injury, such as the phone battery exploding, having a phone dropped on them, or hitting themselves in the face with the phone (though anyone who has lain on their back in bed holding up a phone will know this type of phone-to-face accident is not exclusively for young children!). Interestingly, 90 cases were specifically associated with playing Pokémon Go. Injuries such as talking or texting while driving or walking were more likely to occur than mechanical injuries in patients aged over 13 years.

Although the US does not currently have the same legislation across all states regarding phone use and driving, an estimated 1 out of 4 motor vehicle accidents are caused by texting while driving in the US every year. When accounting for any sort of distracted cell phone use while driving, the number of annual car accidents increases alarmingly to 1.6 million. In fact, 37% of road fatalities caused by negligent cell phone use occurred in the 20-29 year age group (2017).

The increasing incidence of cell phone-related injuries has been attributed by researchers to people using their phones while simultaneously engaging in daily activities (such as navigating streetlamps), and not paying sufficient attention to their surroundings. The study drew the conclusion that further investigation into public health strategies was needed as was education around the risks of distracted cell phone use and injury prevention.