Is Snoring Keeping You Awake? 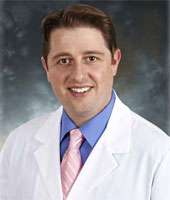 Sleeping with a snorer can take a toll on your health. While the health risks of obstructive sleep apnea (OSA) and snoring are widely discussed, less is understood regarding the consequences of sleeping with a snorer. According to the National Sleep Foundation, snoring affects 90 million adults, 37 million of them on a regular basis. Men are twice as likely as women to snore; however, that gap closes after menopause. Untreated OSA and snoring may pose serious health problems and can negatively impact one’s quality of life. OSA has been linked to high blood pressure, heart disease, dementia, depression, anxiety and death. Sleep-deprived people are subject to a higher risk of accidents, poor concentration, impaired work performance and strained interpersonal relationships. More recent research has shown that the bed-partners of snorers may have health risks as well. Thus, the number of patients and their bed-partners affected by snoring is staggering and poses a serious public health risk.

Excessive daytime sleepiness (EDS) is the most common health complaint of snorers. Similarly, people who sleep next to snorers report high levels of fatigue and sleepiness. In cases of loud snoring, the bed partner’s sleep may be as disturbed or fragmented as the person with the actual sleep disorder. A study from the Mayo Clinic examined the sleep patterns of spouses exposed to sleep apnea patients who snore. They found that these spouses “woke up” an average of 21 times an hour, nearly as often as the 27 times the snorers were awakened by their sleep apnea episodes. In addition to fatigue, bed-partners of snorers report a lower quality of life and an increased risk of depression. In 2003, a study in the journal Chest demonstrated these findings. Also, after the snorers were treated, the spouses experienced a significant improvement in their quality of life and a reduction in fatigue.

A poll conducted by the sleep foundation in 2005 found that sleep problems—most commonly snoring—not only have an impact on how well you sleep but can negatively affect relationships between bed partners. USA Today reports that 27 percent of couples over the age of 40 sleep in separate bedrooms due to snoring. Sleeping apart has become so common that more newly constructed homes are being built with two master bedrooms. Decreased libido and impotence are commonly associated with OSA. This loss of intimacy may add strain to a relationship that is already suffering due to the mental and physical consequences associated with OSA and snoring. Fortunately, 75% of sleep apnea patients with erectile dysfunction (ED) who have been treated for OSA also report resolution of ED.

While sleeping separately helps the non-snorer, it can actually be detrimental to the snorer. Since snorers rarely wake themselves, their bed partners play a critical role in making sure they get help. Therefore, leaving the room or kicking your partner out of bed is not a solution, because no one is present to monitor the nature of the snoring and breathing patterns. If a woman observes that her partner is snorting, gasping or puffing, they should be evaluated. (Likewise, if your bed partner notices these symptoms in you, you should be evaluated.) Most primary care physicians don’t routinely ask about sleep habits, so it’s important to bring the topic up yourself and get a referral to a sleep specialist, if necessary.

The good news is that both snoring and sleep apnea are treatable. Treatment options include: weight loss, side-sleeping, airway exercises, CPAP and surgery. Snoring treatments can often be performed in the office or with a minimally-invasive surgical technique. The first step is being evaluated by a sleep specialist who has experience with all treatment modalities.