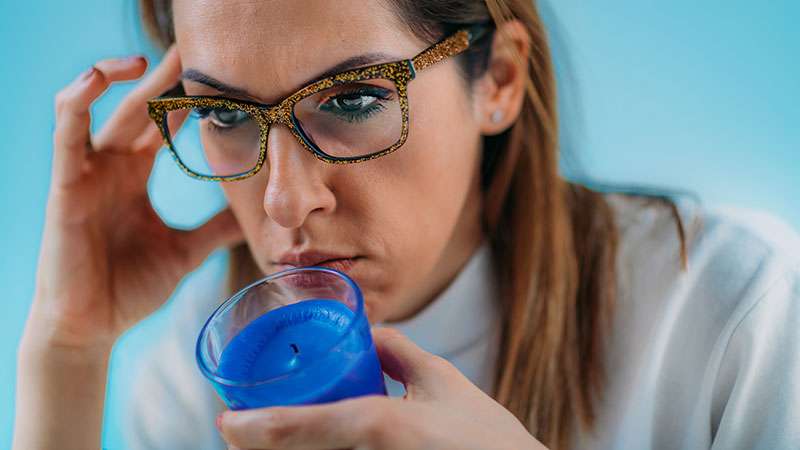 The SARS-CoV-2 virus and resultant disease, COVID-19, are not new news anymore. At the time of writing, August 2020, the world has passed 20 million cases globally and registered hundreds of thousands of deaths.

Initially, the focus was on identifying symptoms of COVID-19 such as fever, aches, dry cough, sore throat, and difficulty breathing.  However, health organizations around the world are now recognizing sudden alterations to smell and taste as a significant symptom of COVID-19 infection with research indicating that a sudden loss of smell may, in fact, be the first symptom, and sometimes the only symptom, of the disease.

Anosmia, the total loss of smell, and hyposmia, a decreased sense of smell, are not exclusive to COVID-19. Approximately 3% of Americans live with anosmia and about 12% of Americans over the age of 40 years exhibit some degree of hyposmia. Some of these cases are a result of plain old aging, others may be a temporary loss of smell due to the common viral cold, and others still may be an early symptom associated with Parkinson’s or Alzheimer’s diseases. The coronavirus family, which includes the infamous and wildly misbehaving youngest member, SARS-CoV-2, is thought to account for 10-15% of virus-related anosmia.

Anosmia as a symptom of COVID-19 has been reported to present in up to 85% of confirmed cases, though the reported prevalence varies depending on the country and method used to assess smelling ability; one study out of Iran recorded 98% of COVID-19 cases were associated with a smelling disorder while only 5.1% of patients exhibited anosmia in China. It has also been found that a loss of smell was typically associated with a loss of taste, which is unsurprising if you think back to the time you last tried to enjoy a tasty meal while simultaneously dealing with the common cold. Most studies also noted that females were more likely to experience anosmia due to COVID-19 compared to males, which is consistent with findings during other viral upper respiratory infections. As important, sudden anosmia may present as the only symptom of COVID-19 infection without being accompanied by any of the other publicized symptoms such as fever and shortness of breath (so if your housemate’s shirt that hasn’t seen the laundry for two months suddenly doesn’t smell so bad it might be a good idea to get tested).

COVID-19 Impairs Neurons Responsible for Smell in the Nasal Cavity

Here the science gets complicated, involving many words with too many letters that are too difficult to either spell or pronounce. Basically, the design of the SARS-CoV-2 virus particle means it targets and attacks certain proteins that are found on certain cells throughout the human body. Unfortunately for your nose, these such proteins are found quite abundantly in the tissues of the nasal cavity; multiple studies have found the nose contains a higher viral load even compared to the throat in patients with COVID-19. As these particular nasal tissues are responsible for supporting the health and function of the neurons that sense smells, although the neurons themselves may not be directly targeted by the virus, they become impaired in their ability to react to odors and transmit their signals onward to the brain. The result is a defective sense of smell.

It should be noted that further research is still needed to properly understand the underlying mechanisms of exactly how COVID-19 affects our sense of smell. At this point in time, preliminary data suggests that the virus doesn’t usually invade the sensory neurons and that loss of smell is not typically driven by damage to the central nervous system; however, scientists don’t yet know quite enough to be sure and there are some reports of patients who are still yet to recover their sense of smell. Inflammation and blockage of certain parts of the nose required for smelling may play a role in COVID-19-related anosmia but again, more studies are needed.

Interestingly, there is some indication that a loss of sense of smell is associated with milder disease. One study out of San Diego noted that an intact sense of smell was related to a higher likelihood of requiring hospital admission for COVID-19, while anosmia was strongly associated with needing only outpatient care.

The good news is that the odors of your housemate’s two-month-unwashed shirt are likely to return relatively quickly with one study finding that infected patients’ sense of smell tended to return within an average of just under 9 days and almost all patients had recovered their sense of smell by 28 days. Despite this rapid recovery of olfactory function, if you’re a fan of smelling the roses (or anything at all), as COVID-19 infection is associated with loss of life in addition to loss of smell, experts will likely tell you the best plan of action is to avoid catching the virus at all.