Why Do We Get Allergies? 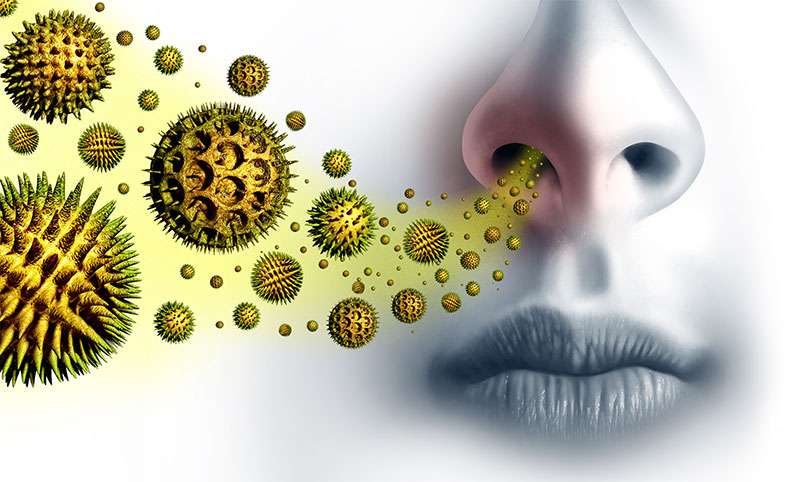 Many of us have been here before – itchy eyes, sneezing, a runny nose, an unsightly red rash, equally unsightly flaky skin. Allergies are no fun and for some can even be life-threatening.

The prevalence of general allergic diseases across the developed world is increasing. In the US, around 10-30% of adults suffer from allergic rhinitis (hay fever), while globally, up to 30% of the world’s population are affected by this rather annoying itchy, sniffly, puffy condition. But this is just one type of allergy. If we talk about food allergies, one study among US adults found its prevalence in adults to be around 10%, while about a third of children with any sort of food allergy have a reaction to more than one food. Then, if we talk about insect allergies, up to half the people who suffered a fatal allergic reaction to an insect bite or sting actually had no history of previous reactions. Across the world, sensitization to one or more common allergens (allergy triggers) among school-aged children now sits at about 50%.

So, why are so many people afflicted by allergy?

The hygiene hypothesis was first introduced in 1989 by a professor of epidemiology, David Strachan. Research supports the idea that children who grow up in environments that are “too clean” demonstrate a higher susceptibility to allergic and autoimmune disease because their immune systems are never sufficiently exposed to certain allergens and, therefore, are not given a chance to develop properly. Then later on, when the child encounters a typically harmless substance such as pollen or a strawberry, the immune system freaks out a little and triggers an allergic reaction.

Of course, the hygiene hypothesis doesn’t account for all cases of allergy. Genetics also tend to play a role, with some people inheriting a predisposition to allergy, though not necessarily to the same allergens as their parents. Children of one allergic parent have a 33% chance of developing allergies themselves, while this rises to a 70% chance if both parents are predisposed to allergies. Food allergies can also be influenced by what sort of foods an infant may have been fed within the first 12 months of life, with some studies indicating that the child is less likely to develop a reaction to that food if introduced early.

When the Immune System Freaks Out a Little

The definition of an allergy involves an overenthusiastic reaction from your immune system when exposed to a harmless foreign substance that usually does not cause any reaction in most other people. Allergens can include airborne substances such as pollens and mold, animal dander, foods including nuts and seafood, and insect bites or stings such as those from bees and wasps. Certain medications such as penicillin antibiotics or substances such as latex can also induce an unwanted reaction in certain allergic individuals.

The body is sensitized to an allergen at its first exposure, creating antibodies known as immunoglobulin E, or IgE, that are designed to react specifically to the proteins on that substance’s surface. At its second exposure, the immune system then does its little freak-out, using all its pre-prepared IgE. This results in the release of further inflammatory factors from immune cells called mast cells, which cause all the reactions we know as allergy symptoms – sneezing, itching, congestion, tingling, swelling, hives, shortness of breath, redness, and don’t forget that unsightly flaking skin. In very severe allergic reactions known as anaphylaxis, the swelling of the airways may result in death.

Other Causes of Allergy Development

We can find that some adults experience either worsening or lessening of their allergy symptoms with age. Allergy symptoms that appear to be lightening up could be from the immune system weakening and aging, and so it can’t react as strongly when it encounters the allergen. By the time someone hits their 20’s or 30’s, many people become tolerant to food allergens, such as milk and eggs. Conversely, allergies that seem to escalate with age could be due to a cumulative reaction to each exposure to the allergen, such as bee stings or latex.

Allergic reactions may also interact with each other. For example, oral allergy syndrome occurs when people who are allergic to pollens find themselves reacting to certain foods, particularly at the height of pollen season. This arises due to a similarity between the protein structures found in the pollen and particular fruits and vegetables. Those allergic to grass pollen may find themselves reacting to raw celery or peaches, while those with a ragweed pollen allergy may prefer to avoid bananas and fresh zucchinis. However, as cooking causes these protein chains to unravel, peach cobbler or zucchini fritters may still be okay.

Another theory about allergy development is exposure to a potential allergy trigger when the immune system is down, such as during pregnancy or a viral infection. Although not yet fully understood, it is thought that the immune response to a virus, such as one causing a respiratory infection, sets up the immune system to react to other harmless substances that may enter the lungs, identifying them as allergens and causing conditions such as wheezing and asthma.

At the end of the day, your immune system is doing the best it can to protect you, and so it might freak out every now and then when it encounters a menacing dust mite particle or aggressive milk protein. Seek the help of an appropriate medical professional to identify your allergy triggers and figure out a way to manage them – this may involve practical ways of avoidance, medications such as antihistamines, or carrying around emergency epinephrine in the case of anaphylaxis.