It’s Time to Get (Dead) Serious About Sleep Apnea 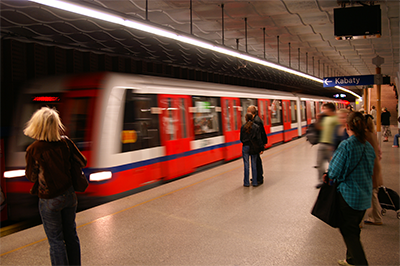 In November, 2016, a Hoboken (NJ) commuter train crashed into the station platform at double its allowable speed causing falling debris and the unfortunate death of a woman standing on the platform. About 100 were injured. Just prior to the crash, the train reportedly sped around a curve at over 80 mph. The speed limit was 30 mph.

A few months later, a train on the Long Island Railroad crashed into the end of a track at the Atlantic Terminal Station in Brooklyn causing 108 injuries and over $5 million in damages.

In 2013, a few years prior, a Metro-North Railroad Hudson Line train (New York City) crashed into a curve at a speed 3x the allowable limit causing 4 fatalities, 61 injuries and $9 million in damage.

The cause of all three train crashes was sleep apnea.

As a result, in 2016, the Department of Transportation (DOT) set in motion a requirement that all train engineers, truck drivers and bus drivers be screened for sleep apnea. But, in August of 2017, the DOT ceased requiring the sleep disorder screening, putting the screening burden on local railroads and transportation authorities.

“As physicians, our sole concern is the health of our patients,” remarked Dr. Donald Sesso, a certified Otolaryngologist with BergerHenry ENT Specialty Group and one of the foremost snoring and sleep apnea doctors in the United States.

“It’s common that people with sleep apnea don’t know they have it. That’s because the major symptoms occur at night while sleeping. Breathing can start and stop 5 to 30 times each hour – sometimes even more – and that’s just in one hour. So, imagine being awakened or partially awakened multiple times each night. It’s no wonder that those with sleep apnea are fatigued and/or inattentive during waking hours. If you’re a train operator, this is a dangerous situation for you, your passengers, and for those standing on station platforms.”

“It isn’t logical to leave it up to train, truck and bus operators to volunteer for sleep disorder screening since many don’t know they have it. As an ENT doctor, it doesn’t matter if it’s a national referendum or a local one, sleep apnea screenings, in my opinion, need to be mandated in some form to save operator and passenger lives, injuries and millions of dollars in expense to rebuild infrastructure.”

Want to know more about sleep apnea?
There are 3 types:

Treatment for OSA begins with the diagnosis which is performed with a polysomnography (sleep study) which will detect any apneic events during the night. Treatment options include a CPAP machine to apply air pressure which keeps the airway unobstructed while sleeping.

To learn more, please visit our Snoring and Sleep Apnea page where you can also watch a nicely produced video that clearly illustrates sleep apnea and its effects.

In more current news, sleep apnea has been linked to Alzheimer’s and asthma.