The Interconnected World of the Ear, Nose, and Throat

It’s not just your imagination. When something affects your ear, sometimes you find that it also affects your nose and throat, and vice versa.

Because the ear, nose, and throat are so intricately connected, they are able to function as one unit, with the pieces making up and supporting the whole. The downside is the sort of the same: because they’re so intricately connected, a disturbance in one can cause a problem in or for the other. The ear, nose, and throat are part of the upper respiratory system and they share the same mucous membranes. For instance, it’s rare that you may have ear problems without also experiencing problems in your nose or throat – which is why they seem to be affected by the same ailments – infections, swelling, dripping and congestion. Whether it’s ear pressure and pain, post nasal drip or strep throat, the ear, nose and throat love to share.

It’s all about the structure.

The canals and pathways that connect the ear, nose and throat make it easy for viruses and bacteria to move between the three.

This interconnected ENT system helps us to breathe, smell and taste and plays a defining role in our looks.

An Ear, Nose Throat specialist is called an otolaryngologist
An otolaryngologist is specially trained to treat the many conditions of the ear, nose and throat. They are too numerous to mention here but some of the most common conditions in the ENT system include: 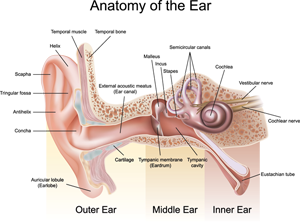 Conditions of the ear. Ear infections, hearing impairment, disorders that affect balance including dizziness, tinnitus, allergies,(jump link to previous blogs), ear wax, or any pain in the ear. ENT specialists can also treat congenital disorders of the ear (disorders you were born with). 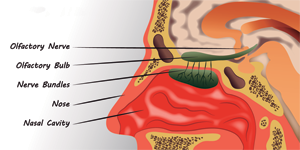 Conditions of the nose. These conditions include those that occur in the nose, sinuses and the naval cavity. They often affect smell, breathing and physical appearance and can include a deviated septum, allergic rhinitis, chronic sinusitis, snoring and sleep apnea.

Conditions of the throat. Disorders and conditions that affect the throat can affect speech, singing, eating, swallowing, and digestion. Some of the conditions include silent reflux, chronic sore throat, strep throat, tonsillitis, and problems with the adenoids.

The ENT system is important to our health and well-being. If you have chronic conditions that constantly cause congestion, breathing or sleeping problems, chronic cough or post-nasal drip, make an appointment with one of our ENT doctors.