Do These Tonsils Need to Come Out? 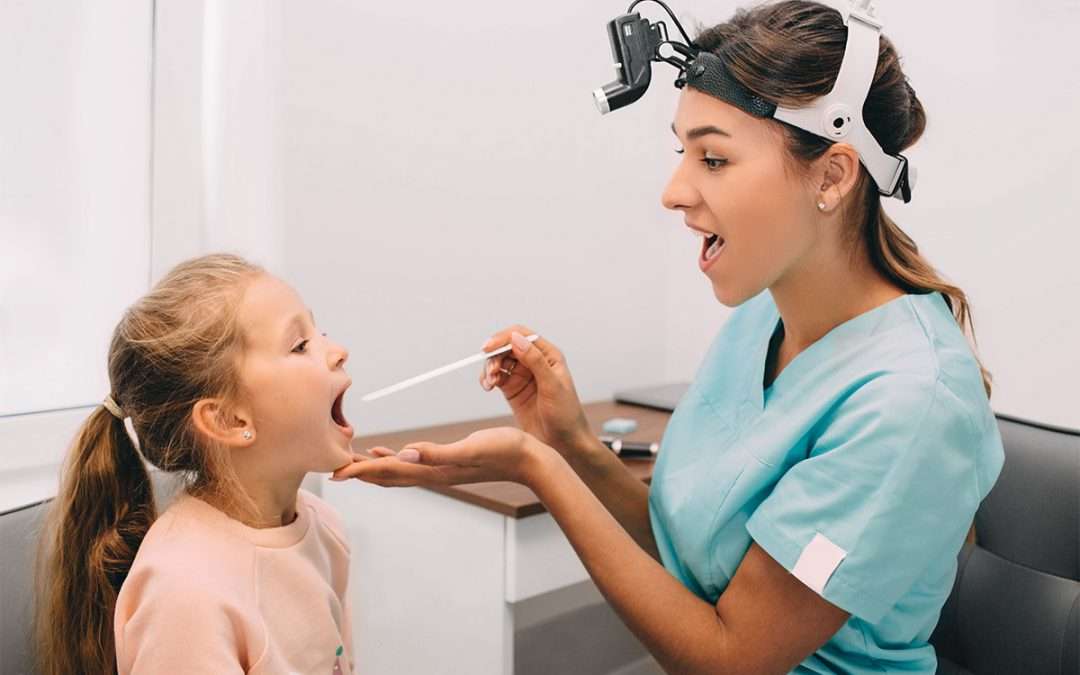 The tonsils are those two lumps at the back of your upper throat. Made of lymphatic tissue, they’re involved in the immune system. Nearby are your adenoids, located just behind the nasal passages, which are also made of the same lymphatic tissue. The adenoids and tonsils play a role in guarding your body from microbes and debris that try to make their way through your mouth and nose. In addition to this, as part of the lymphatic system they also function to clear away infection and balance your body fluids. Adenoids tend to shrink and disappear after around 5 years of age.

When is a Tonsillectomy Recommended?

In the US, tonsillectomies account for the second most common outpatient surgery in children. A tonsillectomy is the surgical removal of the tonsils; if the adenoids are taken out too, it’s then considered an adenotonsillectomy.

1. Tonsillitis (really bad tonsillitis)
If you’ve ever had a sore throat (and you probably have at some point), it may have been a case of tonsillitis. While many cases of sore throats resolve after several days of drinking lots of water, resting, and being generally sensible, some people suffer from recurrent or chronic tonsillitis. Tonsillitis tends to be rare in adults as the tonsils’ immune function becomes less active after puberty. However, regardless of age, the American Academy of Otolaryngology – Head and Neck Surgery suggests tonsillectomy if your tonsillitis:

The aim of a tonsillectomy in these cases is obvious – to reduce the severity and frequency of throat infections and tonsillitis. Studies following children who had undergone tonsillectomies found that sore throat-specific and general quality of life scores were improved, and these children suffered fewer sore throats, needed antibiotics less often, and didn’t need to visit the doctor as frequently.

2. Difficulty breathing
Enlarged adenoids are common in children and can lead to a number of problems, some more severe than others. Because large adenoids can partially block the airways, they can hinder breathing through the nose. This can lead to mouth breathing, dry mouth and bad breath, noisy breathing, snoring, and even ear infections.

An important indication for adenotonsillectomy is obstructive sleep apnea (OSA) in children. OSA is linked to a variety of undesirable health conditions, including cardiovascular and cognitive issues. It is defined by intermittent pauses in breathing during sleep as the enlarged adenoids physically block the airways. Out of the 300,000 adenotonsillectomies performed every year on children under the age of 15, around 40% of these are due to OSA. The risk of OSA is higher in children:

Children with OSA often snore loudly, and may complain of headaches in the morning. The poor-quality overnight sleep (and lack of oxygen) due to OSA can also lead to difficulty concentrating at school or other behavioral concerns, such as irritability, hyperactivity, and anxiety.

As a side note, in the case of OSA, it’s also important to know that adenotonsillectomy is not the only option. Your child’s doctor may also advise other management strategies including a continuous positive airway pressure (CPAP) machine, or weight loss if obesity is a factor.

3. Bad breath (really, really bad)
We’ve all experienced bad breath at one point or another – it’s common knowledge not to eat a bulb of garlic just before a first date. However, some people suffer from severe, chronic bad breath, also known as halitosis, which they may be able to blame on their tonsils. This is caused by an accumulation of debris in the folds around the tonsils, which then sits there and causes the bad breath. Removing the tonsils altogether eliminates those little crevices that can collect bacteria and food particles.

Tonsillectomies are performed under general anesthesia. Prior to having the operation, your (or your child’s) surgeon will take a careful history about any adverse reactions to anesthetics or medications, or any known bleeding disorders. As there are risks associated with a tonsillectomy, as with any surgical procedure, it’s important for the clinical team to be aware of any factors that may increase the risks around the surgery so they can be prepared.

During the surgery, the surgeon can use a scalpel, or another tool utilizing heat or sound waves, to remove the tonsils and seal off the surrounding blood vessels.

Afterward, it’s not uncommon to experience pain around the throat, ears, neck, or jaw. Your doctor will let you know what sort of pain medication will be the most appropriate to manage the discomfort. There may also be some other side effects during the post-operative healing period, including bad breath for a couple of weeks, or swelling of the tongue and throat. Your doctor will inform you about what’s normal and what’s not, and directions on what to do if something is not normal (such as excessive bleeding).

If your tonsils are so huge or inflamed that you can’t even say the word adenotonsillectomy, now may be the time to talk to your physician about whether removing your tonsils could be the solution to your (or your child’s) problems.