The Magic of Music Therapy 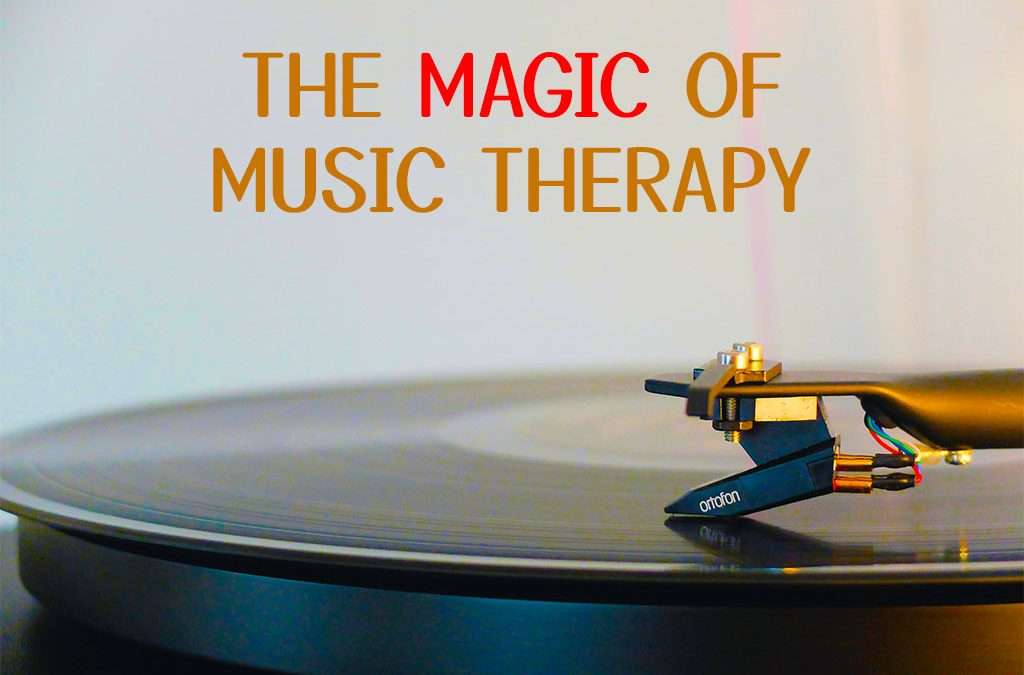 Music can do wondrous things. It can evoke emotions, stimulate the imagination, support concentration, and importantly, fill awkward silences in conversation. If you’ve ever relaxed after a rough day with some calming tunes, or found yourself a little heavy-footed on the accelerator while listening to pumped-up beats in the car, you’ll know very well the psychological effects music can have.

In addition to being artfully used in Hollywood to bring a tear to the eye just at the right moment (cue a mournful swell of strings), music also holds a valuable place in modern medicine. Enter from left stage, music therapy.

The Magic Behind Music Therapy

According to the American Music Therapy Association, the magic of music is far-reaching. For people undergoing medical procedures, music has the ability to reduce pain, stress, and anxiety, even to the point of measurable physiological changes, including:

As a painkiller, music has a multitude of benefits, one being that it costs very little to administer (other than electricity costs to run the speakers and perhaps a premium music streaming account), it’s non-invasive, and another big advantage being that it has no side effects (other than maybe having a tune stuck in your head on repeat post-operatively).

Music may be played before the operation begins to help settle the patient and help to alleviate fear or stress. While not all studies agree, there is also some evidence supporting the use of music therapy during the operation itself, even during sedation or general anesthesia. Post-operatively, music therapy has been shown to reduce stress and pain perception during the recovery period. In fact, studies have shown that patients offered music therapy after their surgeries require lower dosages of anesthetic or medicated pain relief compared to patients recovering from the same procedure without music therapy.

So, what type of music is the best? Studies suggest that “pleasant” tunes, such as a calming lullaby or at least musical consonance (stability and repose vs the clash or tension inherent in dissonance) is generally effective at offering therapeutic benefit, regardless of whether you are partial to heavy metal over classical. While more research is needed to really pinpoint whether Johann Sebastian Bach trumps Justin Bieber, we know that the subconscious response of the body’s functions to music is not determined by musical preference. Musicians do appear to have a stronger reaction to music therapy compared to the tone deaf. However, regardless of musical training, there is still a statistical improvement in physiological responses such as heart rate, sweating, and even blood glucose levels when music is played. Importantly, music is able to reduce the experience of pain in both children and adults recovering from an otherwise painful procedure.

Brain imaging suggests that listening to music stimulates the brain’s reward centers, triggering the feel-good hormone, dopamine. In addition to this, playing music may be beneficial in pediatric procedures (and for some adults too) to mask the sound of surgical instruments being unwrapped, monitors beeping, or any other scary, unfamiliar noises. It also can help to provide a sense of security and normalcy. Some patients may feel that being given the option to play music, and what songs to play, provides them the perception of control where they might otherwise feel helpless in the situation.

The benefits of music have been investigated for various otolaryngological (ear, nose, and throat) procedures with promising results.

Children undergoing removal of their tonsils were found to experience less pain post-operatively if music was played during their procedure compared to children without music. The study found that children in the music group exhibited a calmer heart rate during surgery and required less pain relief medication during recovery than children in the control group. Notably, playing non-musical noise or simply blocking all sound with earplugs during surgery demonstrated a lesser benefit compared to playing music.

Nasal septum surgery, such as that for a deviated septum, may be associated with significant pre-operative anxiety and post-operative discomfort. Studies have demonstrated that using music as an additional therapy can provide statistically significant benefit in helping to relieve both these undesirable experiences. In addition to this, patients who used music therapy were less agitated throughout their sedation and required fewer painkillers during recovery.

One study investigating the effects of music on pain for patients undergoing treatment of a broken nose found that music was effective at lowering blood pressure, anxiety, and pain.

So, should you be asking your ENT surgeon for a pair of headphones as you prepare for your procedure? Considering the apparent advantages of music therapy and the lack of side effects, it may be worthwhile. All that remains is the choice between Bach or Bieber.