What Is the Sense of Smell and Why Do We Have It? 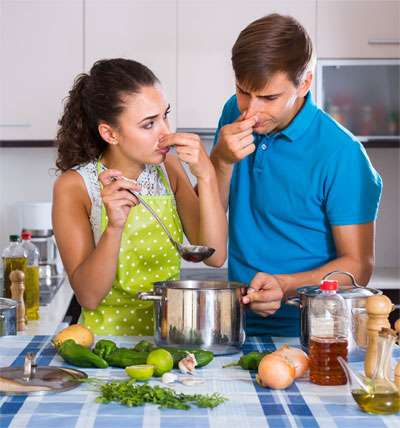 It could be said that some of the greatest joys in life are experienced through the sense of smell: the salty ocean, a rose, a newborn baby and for some the “new car” smell. But what exactly is the sense of smell and why do we have it? Here is some interesting information about how the sense of smell developed and the ways in which it impacts our lives.

A rose is a rose, but it may smell different to each individual
Scientists at the Wellcome Trust Sanger Institute in Cambridge, UK have discovered that an individual’s unique sense of smell is the result of genes interacting with experience. In other words, where you live and how you live may determine how your nose and brain interpret different smells.

The study found that the olfactory nerves in the nose are programmed by genes, but they respond to smells based on environment. In fact, smell receptors in the nose actually change in number as you experience different smells. In other words, if you are raised in an environment filled with spices, your nose may be more attuned to those smells. But if you are raised in an inner city, you will be sensitive to an entirely different range of smells and could interpret spices much differently than someone accustomed to them.

Why is your nose shaped the way it is?
The shape of your nose was guided not only by your family’s genetics, but probably by climate, as well. Researchers at Pennsylvania State University studied people of West African, East Asian, South Asian, and Northern European descent and discovered that genetics alone could not explain the width of the nostrils and the base of nose measurements.

However, they did find that climate was a likely factor impacting the evolution of nose shape. Their research showed that people with wider nostrils tended to have ancestors who lived in warmer, more humid regions, while those with narrower nostrils lived in colder climates. The theory is that “…narrower nostrils alter airflow in such a way that the nasal membrane can warm and humidify incoming air more efficiently. This would help individuals with narrower noses to survive better in colder climes and, therefore, be more likely to reproduce. Over time, this would have slowly driven nose size down.”

Smell impacts our lives
It makes sense that the ability to smell helps us to enjoy food and drink, but now it appears it may also help us to maintain active social lives. Researchers at Monell Chemical Senses Center in Philadelphia studied more than 3000 men and women in the U.S. between the ages of 57 and 85. They found that “older women who performed poorly on an odor identification test had less active social lives, compared with women who performed well on the odor test.” The women who performed poorly also had fewer close friends and relatives. Older men did not have the same experience. The study has opened the door to further study because currently there is no clinical explanation of the findings.

The connection between an active social life and a diminished sense of smell is worth looking into. The National Institutes of Health (NIH) estimates that nearly 25 percent of women and 11 percent of men between the ages of 60 and 69 report problems with their sense of smell. Estimates suggest that 2 million people or 12 percent of adults suffer with a condition called Hyposmia, a partial loss of the sense of smell. It can be caused by allergies, head trauma, a deviated septum or small growths in the nose or sinuses. Depending on the cause, Hyposmia improves on its own over time or can be treated with medication.