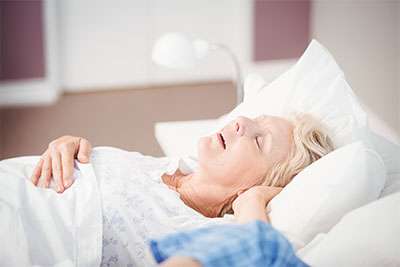 As ENT doctors, we’ve written extensively about snoring and sleep apnea. Back in February, in our article titled It’s Time to Get (Dead) Serious About Sleep Apnea, we implored the Department of Transportation (DOT) to re-institute mandatory sleep apnea screening for all train engineers, truck drivers and bus drivers after a number of crashes were tied to fatalities, injuries and millions of dollars in damage.

At the time, Dr. Donald Sesso, a certified Otolaryngologist with BergerHenry ENT Specialty Group and one of the foremost snoring and sleep apnea doctors in the United States was quoted as saying that “it’s common that people with sleep apnea don’t know they have it because the major symptoms occur at night while sleeping. It’s no wonder that those with sleep apnea are fatigued and/or inattentive during waking hours.”

He then deduced that since many – men and women – don’t know they have sleep apnea, it isn’t logical to leave it up to train, truck and bus operators to volunteer for sleep disorder screening. It, in fact, should be mandated.

Are Men More Susceptible to Sleep Apnea than Women?
The answer is yes but comes with a caveat.

Statistically, men are more prone to sleep apnea than women. OSA, or obstructive sleep apnea, is prevalent in 9-24% of adult men and 4-9% of adult women. Overall, upwards of 50 million Americans suffer with OSA; however, many don’t know they have the condition.

Here’s the caveat: although women are less frequently diagnosed with sleep apnea, they have a greater risk of heart problems than men.

A few weeks ago, a study was released by researchers who analyzed about 5,000 people in the UK BioBank who had previously gotten a cardiac MRI. (The UK BioBank investigates the link between genetics/environment and disease.)

They divided the participants into one of three categories. Those with:

Study results
Both men and women in the OSA and Self-reported snoring groups showed an increase in left ventricular mass. This means that the walls of the heart’s main pumping chamber were enlarged causing it to work harder than normal.

Then they compared the Self-reporting snoring group with the No sleep-related disorder group and found that women had a more distinctive increase in left ventricular mass than men.

Conclusions
OSA affects both men and women. It is a serious condition that can cause high blood pressure, stroke, heart issues, and diabetes. Although men are more prone to OSA than women, it is women who run a greater risk of heart disease.

Like the aforementioned train engineers, truck drivers and bus drivers that need to be screened for sleep apnea, it’s also vitally important for anyone who snores to be screened, as well. 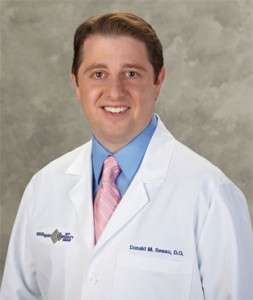 Dr. Donald M. Sesso, D.O., board certified in Otolaryngology and Sleep Medicine, is the only fellowship trained sleep surgeon in the tri-state area. He is widely known as Philadelphia’s snoring doctor.

Treating both adults and children, Dr. Sesso is trained in all aspects of otolaryngology and specializes in sleep disorders, the surgical treatment of obstructive sleep apnea (OSA), and advanced endoscopic sinus surgery and allergies.